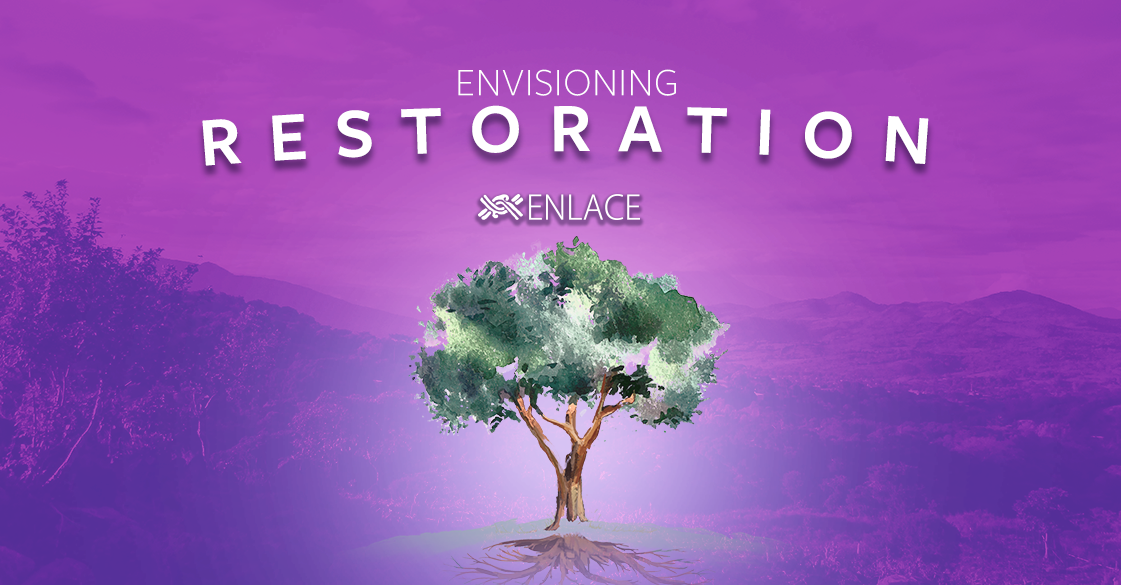 When people ask me where the idea of ENLACE came from, I have to admit that the vision of equipping local churches wasn't how I always thought things should work.

The original vision for ENLACE was to train and resource community leaders in poor communities to create sustainable solutions to poverty. In the very beginning, we would help these leaders design projects and programs that were based off of real need, available resources, and could be managed locally in order to have a long-term impact on poverty.

We had initial success in creating a variety of projects. Everything worked extremely well for many people.

However, reaching those in greatest need wasn’t always happening and that really bothered me.

For example, in one community where we helped to build a new water system, in due course, clean, accessible and affordable water became available to the majority in the village. From a development point of view, the project was a success. Nevertheless, there were still some very remote, poor families who could not connect to the system. When I tried to address this issue with community leaders, they pointed out that providing water to everyone just wasn't practical. The costs would increase trying to extend the system and many of the poorest just couldn't pay their dues. As long as the system benefitted the majority, they said, that had to be good enough.

My first reaction was to raise additional funds from U.S. donors who desired to help the poor. But God challenged me to go deeper and really examine the issues that needed to be addressed in this and many other communities.

Eventually I realized that unless there was a change in people’s hearts to “take on one another’s burdens as their own” and serve out of sacrifice, then long-term sustainable change would not be possible and our reach, as a development organization, would not extend to the poorest of the poor.

It was through this experience that I learned that poverty is a result of broken and unjust relationships. Any solution had to start from there.

I now understand that unless God changes a person's heart to include love for one's neighbor, relationships won’t be restored and true community cannot be built. But when a body of devoted Christ followers do envision their lives as servants of God and they begin to serve those in need out of selflessness and sacrifice, then the gospel is truly being "preached" and people can be made whole--even the poorest who live on the outskirts of a community.

As I pondered what this would mean for us as an organization, God continued to bring me back to the Church. I now understood that it was here where we needed to begin.

But this brought up another problem. Many of El Salvador's churches--the context in which we worked--were very cut-off and separate from their communities. Some church members didn’t feel that serving their neighbors' physical needs was a part of their religious devotion. Others who felt the desire to serve, didn't think it was possible due to their own poverty and lack of knowledge and training. Nevertheless, I truly believed that it was only the Church that could demonstrate this kind of loving compassion and service to the community.

And so God began to lead us to small rural churches where pastors and leaders already had strong burdens to go beyond the four walls of their churches. They had such a strong desire to serve their neighbors but didn’t know how to mobilize their congregations or partner effectively with community leaders and local organizations to build long-term change.

This is really where ENLACE was birthed and is what defines us as an organization today. We come alongside churches that have burdens to help their communities in some way and equip them to make a sustainable impact. Would you consider giving a special Anniversary gift to help continue this work? 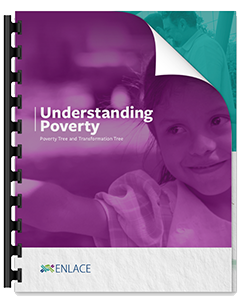 Want to know how you can make a difference in the lives of those living in poverty?

For more information on the root of poverty, the power of reconciliation, and how to be effective agent of change, download our free guide: Understanding Poverty.