From Victorio to Vega: Choosing Hope and Humility Over Fear 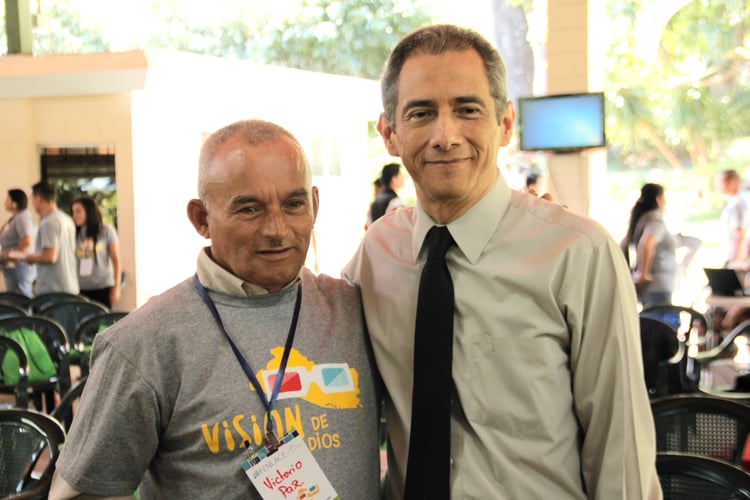 As I was looking through some pictures of ENLACE’s 2016 Pastor and Leader Retreat there was one photo that stopped me in my tracks. It literally gave me chills. Tears began to well up in my eyes, as I contemplated all that was represented. It looks like a normal photo of two Salvadoran men, just standing there next to each other. However, somehow this picture represents nothing less than a transformative hope for the country of El Salvador.

This year marks 15 years since I began working with ENLACE. If there is one thing that I have learned in all of these years it is that community transformation does not happen overnight. But every so often you get a good look at the enormous progress that has happened over the years. This picture represents progress achieved and an incredible hope to come.

On the left you have Pastor Victorio Paz (translates “Victory Peace”). If you’ve followed ENLACE’s history, then you’ve surely heard about Victorio and the community transformation momentum that began in the small hamlet of Abelines. He is an ENLACE pioneer from one of the most remote and poorest villages of El Salvador. Victorio’s experience and input was a driving force in developing ENLACE’s Church and Community Program.

In 2001, Victorio’s 25 members, mostly single head of household women earning less than 25 cents per day, started a movement of community transformation that has grown to 27 churches in this region serving more than 44,000 people.

On the right is Pastor Mario Vega. Pastor Mario is the senior pastor of the Elim Church in San Salvador, which has grown to more than 120,000 members under Pastor Mario’s leadership. It is no surprise that Mario is widely recognized and respected throughout the country and the Evangelical world. However, in recent years Mario reports that he has experienced a “new awakening” to the role of the local church in the world. He has become increasingly vocal about issues facing the people of El Salvador and in mobilizing the church to bring about change in its communities.

Pastor Mario has become a friend and advocate of ENLACE’s work, sharing at our staff devotionals and speaking to incredibly captive audiences our Pastor and Leader Retreats in 2015 and 2016. At the 2015 pastor’s retreat, Pastor Mario spoke to issues of violence in El Salvador. He challenged the pastors to sow seeds of peace and to “be the change” they want to see in their communities. In 2016, he related Jonah’s hesitance to visit Nineveh to the modern church’s reluctance to associate with whoever were considered the outcasts or the “Ninevites” of our day. It was one of the most inspiring messages that I’ve ever heard.

Transformation is happening in El Salvador and won’t be quelled. Pastors like Victorio and Vega are responding to the call with humility to be a Church that transforms. They come from very different places, with different scopes of impact, but they stand together in a common mission to bring about change. We at ENLACE are privileged to stand with them and know that working together, impoverished and forgotten communities in El Salvador will experience even more amazing miracles to come. 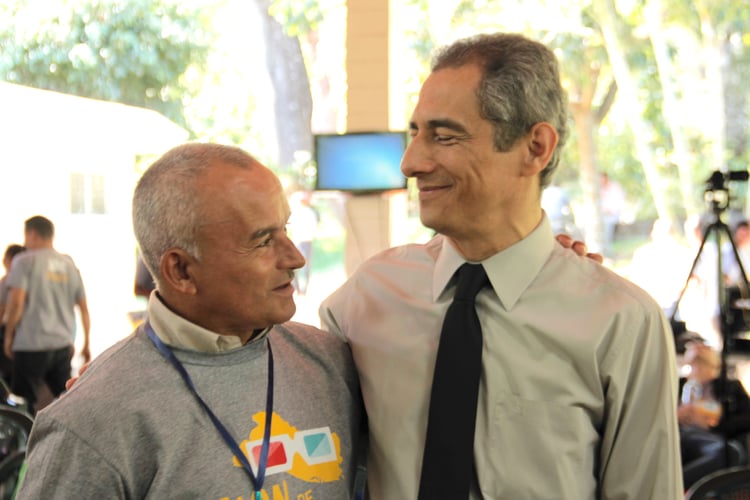 Our 2017 Pastor and Leaders Retreat begins Nov. 30.  Will you pray for God's refreshing and insight as we gather over 300 pastors and leaders from around the country?