Why So Grumpy?: When Disaster Relief Meets Comic Relief 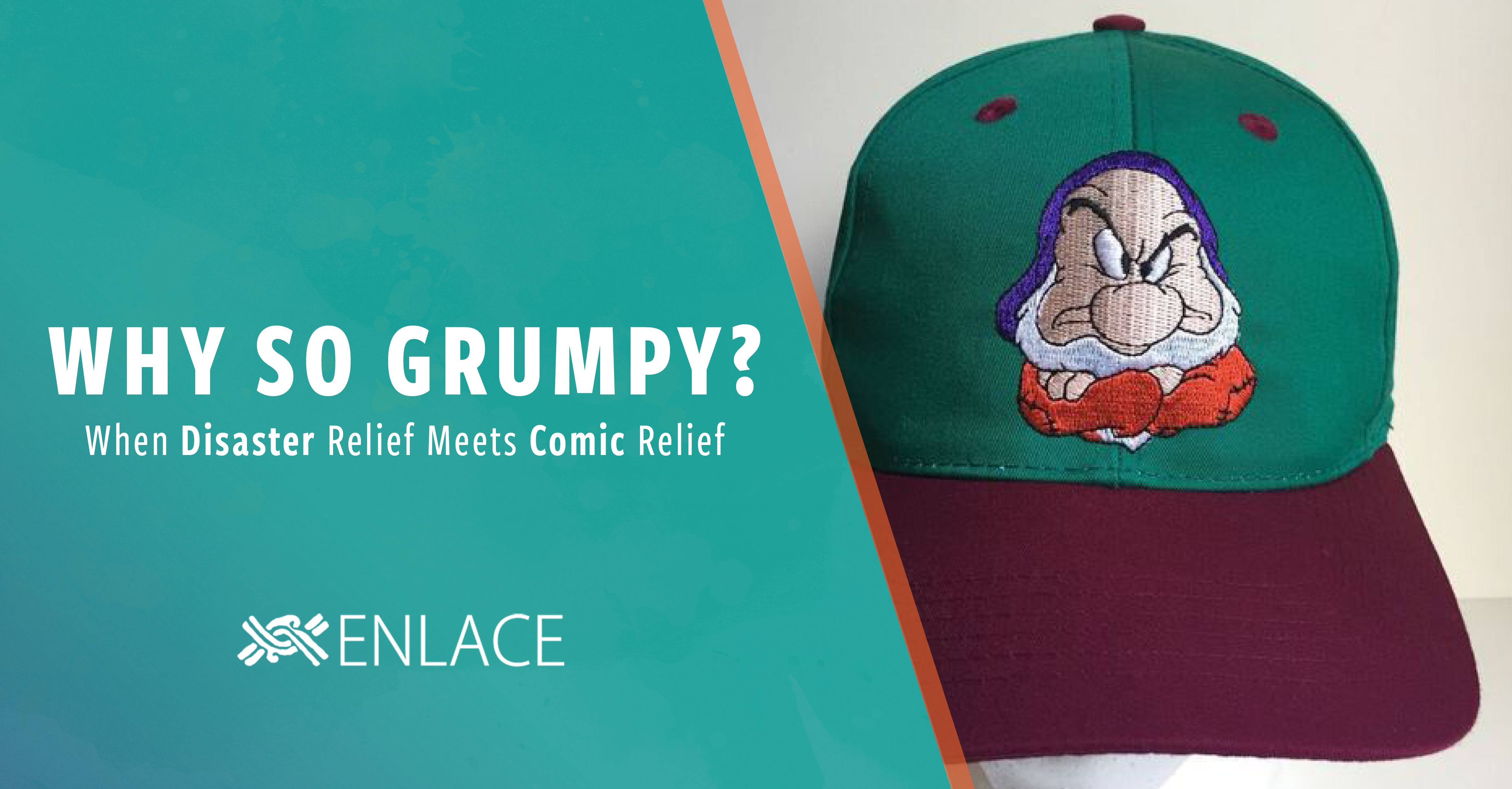 One of the coolest things about working in community development for over 25 years is that you get to see and experience moments in which the world truly acts like a global community.

It is incredible to be the recipient of people’s goodwill and caring while working in a country context in which acts of nature very easily become natural disasters.

The staff of ENLACE has faced many situations over the years in which it has been vital to receive outside assistance. Earthquakes, hurricanes, mudslides, etc, have all played a part in temporarily changing our daily work in community development to that of disaster relief in the communities we serve.

Over the years, we’ve received thousands of dollars in donations from all over the world. Most of the time these donations have been essential to providing much-needed aid. Tarps, medical supplies, soap, and even toilet paper are hugely appreciated. We have been so thankful for each and every item that helps people who have been battered by calamity to find some relief and hope amidst dire circumstances.

However, during any natural disaster, miscues and mixups also happen.

Donations are sometimes gathered and sent at a moment’s notice. On-the-ground aid staff and volunteers are often over-worked and exhausted.

During one such disaster about 20 years ago, ENLACE received a few shipments of donations. After being alerted of their arrival from the United States, our staff quickly gathered and began the process of unloading and organizing the donations into our headquarter offices in San Salvador, El Salvador.

As we logged and organized the donations, a few of the items caught our attention. They quickly became legendary.

These unexpected items didn’t contribute much to disaster relief, but they did provide much in the way of comic relief! And for us, as we tackled one difficult situation after another during those long days, this boosted our spirits like nothing else! 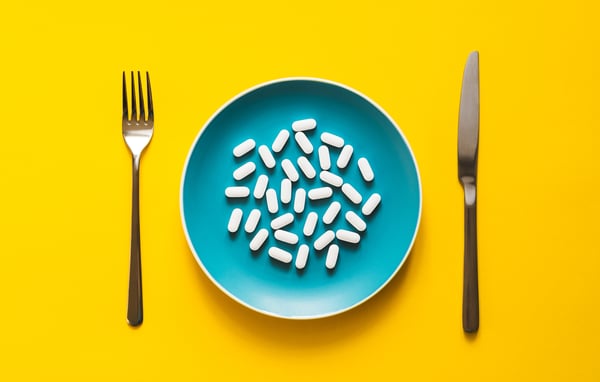 While most families were standing in line to receive rations that could help get them through the day, we didn’t think handing out diet pills would be appropriate. And is it EVER appropriate for anyone to “gift” diet pills after a natural disaster??? 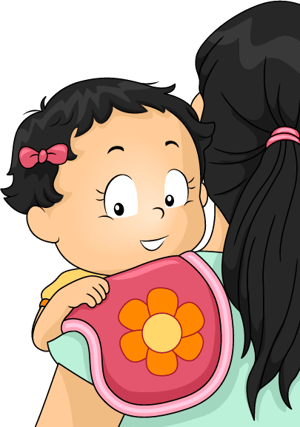 El Salvador is a country that has an average temperature of 71 degrees Fahrenheit and is often as hot as 95 or more in many areas much of the year. Additionally, the average person’s height ranges from about 5’2 to 5’6--and much of the apparel reached the ground when tried on by various staff members. Receiving a thermal XXXL sweatshirt in El Salvador is as outlandish as a polar bear receiving a bikini. To top it off, it is possible that these very fleeces had been sent to the States from local factories that employed those who were now receiving them. In the end, a decision was made to cut the sweatshirts up. The small hand towels were a hit, especially with young nursing mother.

That same shipment contained about 200 purple and green baseball hats. These were actually incredibly useful, except that one detail made us laugh--especially in our exhausted state. Each hat had a Disney character stitched prominently above the bill: Grumpy, the unhappiest of the seven dwarves. So as people began to set up temporary shelters, dig makeshift pit latrines, and rebuild their homes and lives, they wore Grumpy hats. Even though we all worked together and did indeed rebuild, many of us felt that this was exactly the Disney character that best personified our experience during those hard, early days. And we were also grateful that at least the patches came stitched to something useful.